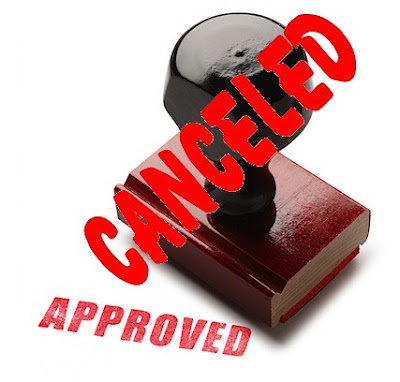 There is no doubt that Apple has a successful App Store. It is so successful that it served 1.5 billion downloads in 1 year. That's hard to catch up as their CEO put it.
However, the biggest hurdle to the growth of the iPhone/iPod software market and the iPhoneOS platform in general lies in the App Store itself. I am not going to discuss how easy/difficult you can find a good camera enhancement app out of the 100 others doing pretty much the same thing. I want to focus on why the App Store approval saga has become a bad idea and that Apple should abandon it altogether.
App approval is damn slow.
Take Twitterrific as an example, according to the developer, they submitted the 2.1 version for approval on Aug 6. It finally escaped from the black hole appeared on App Store on Aug 19. That's 13 days of delay before getting into the hands of customers. Please be reminded that it's year 2009 and that we've long been used to instant software and security updates within mins. What if a critical bug is found after publishing? Wait for another 13 days?
Can Apple swallow them all?
OK, we know there are 50,000+ apps on the store. Even if there is just 5% of them having a new version pending approval, Apple has to process 2,500 apps in backlog. That's a lot of apps! Take our example of "13 days". That's 192 apps per day if working non-stop over the weekend. Apple, can you swallow them?
App approval is hindering technology innovation.
Now if a typical approval takes 13 days, and we assume that an app has 5 updates in a year (which is pretty conservative). We are talking about 5 x 13 = 65 days of waiting time in the dark! Software developers are losing vast amount of precious time that could have been well spent in the hands of thousands, and in some cases, millions of customers to test, evaluate and give feedback to their product - not to mention the delay in locating bugs, security issues, and delivering fixes and improvements.
App approval is anti-competitive.
Now, if Twitterrific has to wait for 13 days, I want to challenge whether Apple's Keynote Remote or Texas Hold'em are subject to the same rules and process as Twitterrific. Please remember, Apple released iPhone 3.0.1 in just ONE DAY after an SMS security vulnerability is made public at Black Hat.
Another highly popular app, Facebook 3.0 is believed to be pending approval. According to the author, he has absolutely no ideas on when it will appear publicly. Now, while the (FB x iPhone) world is waiting, we'd like to ask Apple, it's time to Think Different.
Posted by Sam Millie at 9:31 PM